With the Syntakt having the FX block and the drive, is it worth using the Heat?

What’s a good way to incorporate the Heat with the Syntakt if I wanted to process some parts individually through The Heat?

Do I sync the transport controls through midi with Logic?

Or process parts individually through .wav files and the audio interface?

I’m getting better at understanding Overbridge, but I’m still new to the deeper Elektron processes. I’ve only had the Syntakt and the Heat for a couple months now.

Worth using the Heat ? You know. Personnaly I find the Heat don’t worth it for anything, but some ppl love it, so depend on you. It’s much deeper than the Syntakt drive I think.
To process some track of the Syntakt to the Heat, you should use OB.
Route your track individually into you DAW and add Heat VST plugins on an FX bus. Use just one instance of the VST plugin.

Heat gets way more extreme than the Syntakt. Id say even the clean boost on the Heat is stronger than the Syntakts analog drive but I haven’t ever really compared them. But if you want harsher, edgier, Analog distortion the Syntakt isnt as capable in that regard. But even the Saturation and Enhancer give much more character as well.

Syntakt does have the immediacy of being able to automate its filter and other FX parameters directly from its own sequencer. It has the ducking envelope as well where the Analog Heat can be used more like a standard compressor.

With workflow, unless you’re using the AH on the master and are controlling the whole thing with Syntakt I’d probably just multitrack everything out of Syntakt with Overbridge into it’s own lane then use the AH on the sounds I want, and record those passes individually or in a group.

I would say it’s worth taking a look at a few distortion plug-ins before using the heat as it can be a bit annoying to have to re-record passes when we know there’s easier ways out there. Saturn 2 is very good, has many of the same controls plus it can be used in a multiband way.

I appreciate the knowlege.

I think I may try it a couple ways.

I got this thing about keeping The analog path as a pure analog signal. That’s why I’m avoiding OB. I may run the Syntakt to the AH

Analog Heat can be used more like a standard compressor

for this great suggestion.

And I have all the Eventide and Soundtoys, so Im spoiled for distortion.

I got the Heat to process my TR8S and since I got the Syntakt, I’ve been using it for both lead and bass.

I do like the Heats sound, especially when it’s subtle. Thank you guys!

I forgot what the Heat can do! I’m using the Magnet Master preset and it’s sounding great.

Quick question. Would you recommend still going through Izotope as a final mastering?

I do have Ozone but I’ve largely stopped using it as it feels more like option overload for me (and honestly, quite a few of the tools like the stereo width shit should probably be addressed in the mixing phase). The AI was cool to help me learn stuff but by an large it was doing the same thing every time I ran it which almost makes me question if it’s actually doing anything.

But yeah, lately my mastering chain has been feeding the master through Analog Heat, using the envelope follow to modulate the drive slightly to get some compression and I’ll often use the saturation or enhancer cuz I want a little more noticeable color. And then I’ll top it off with Fabfilter Pro-L to boost the overall signal and obviously limit.

Ozone is a cool tool and all but again, I feel like it’s option overload and can be more daunting and confusing then helpful, but that’s just me. I’ve largely transitioned to Fabfilter for everything and I’ll use the Ableton stock effects and some Valhalla effects but I’ve tried to get away from the plug-in market just because it’s easy to collect way too much shit and not use it all.

To use the envelope follow for compression, where could I go to learn the ins and outs of that?

It seems like a great advanced technique, and you seem pretty adept from what you’re saying. 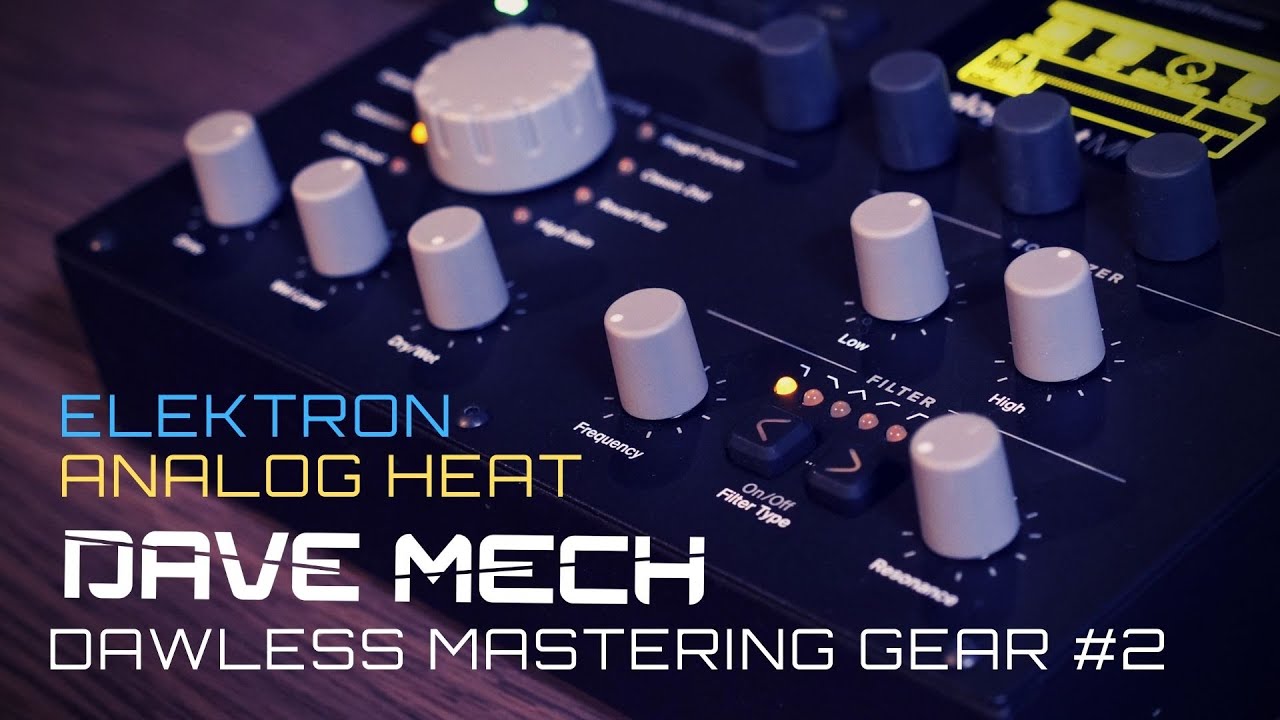 Perfect. So many drop this guys name.

Yeah, he has a lot of great tutorials for the Digi boxes, and he also an active user around here.

I’m sure you know that Syntakt is not a purely analog synth? I wouldn’t fret too hard about keeping everything analog - it is way over rated.
I had Heat for a while, but eventually sold it because I never really found a use for the majority of the circuits. Also, I found that the Arturia distortion plugins sounded better to my ears.

Yeah the @DaveMech vid shows how to do the compression I’m pretty sure but it’s also in the manual under “pseudo compression.”

Basically you target the envelope follower at either the volume or Drive and have it react negatively so every time the envelope has input the drive (or volume decreases). I usually have it directed at the drive and then I increase the volume as gain compensation.

Thanks for explaining it. I’m beginning to understand it better.

For what it is worth the analog signal is not purely analog in the syntakt. It all ends up in the digital domain before being mixed and sent to the outputs.