Analog Heat sold out in most places. MK3 incoming?

I’m trying to find a new Analog Heat from a reputable seller in UK and nowhere seems to be stocked which leaves me wondering is a MK3 incoming. I saw they updated MK2 quite soon after the first iteration so I suppose it’s possible, unless this is from COVID affecting supply. I’m really hoping they release a new version with a refined character section and improved resonance on the filter.

I would be very surprised! It looks like Rubadub have it in stock (https://www.rubadub.co.uk/elektron-analog-heat-mkii)

improved resonance on the filter

What do you think needs to be improved?

Possibly something to do with that pandemic I hear about sometimes. 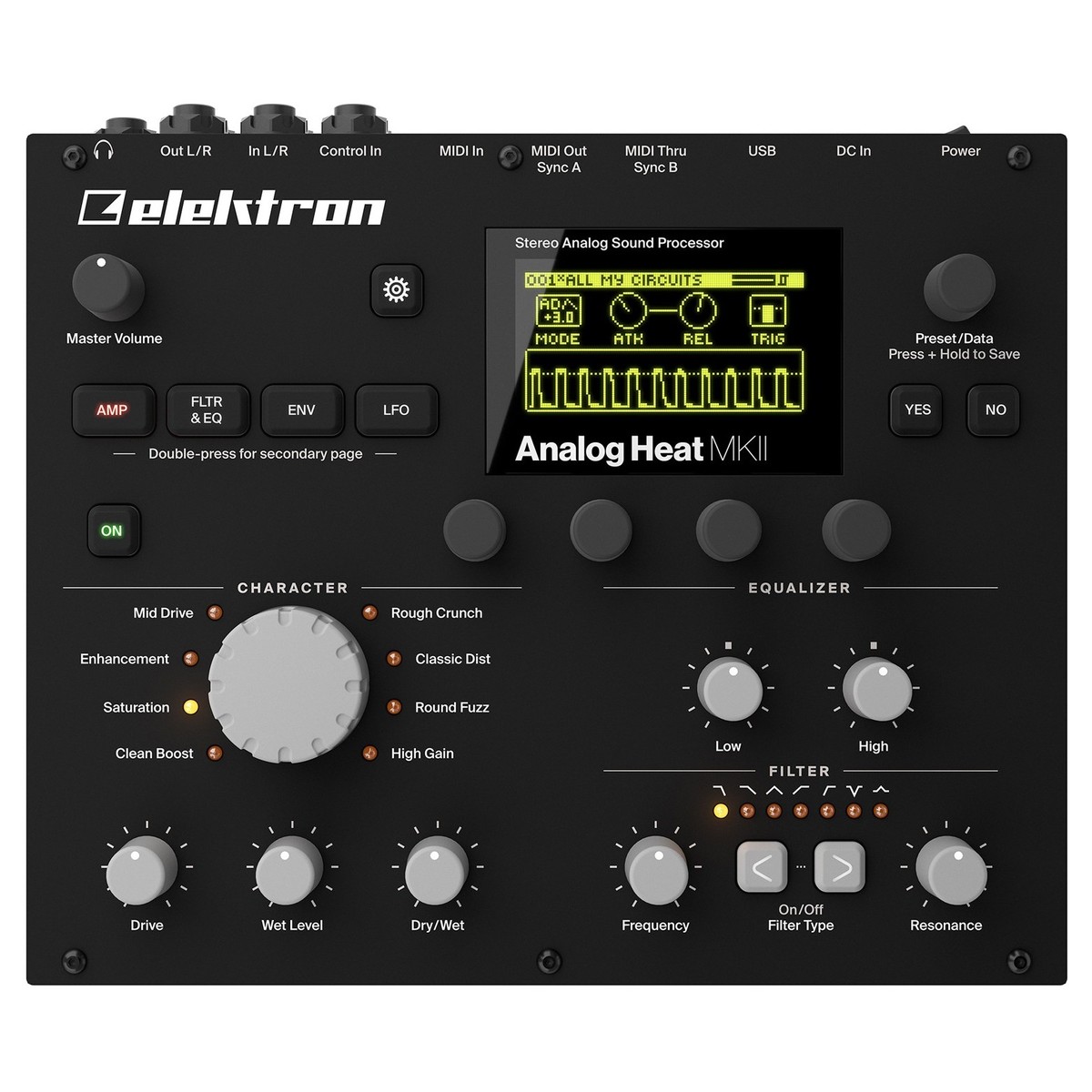 ) but I can’t think of anything (realistically, for the money) that could be improved, especially after the latest os update. There’s nothing on the market that can come close to it.
imo

Improved resonance on the filter?! The Heat has my favorite filter resonance characteristics EVER! The MK2 was out of stock at PC for a loooong time, I think production is just slowed.

Maybe less of it, at least for the first half of the parameter. It’s quite pronounced compared to most filters I’ve heard, I appreciate this is subjective but I’m not alone in being critical of the resonance.

You’re not using it correctly! It’s signal and volume dependable. Sometimes the filter rings only when the resonance is set to maximum and even then it can only ring slightly.
Also, in the signal path filter comes after the distortion stage and it’s much harder to push a filter into ringing with a heavily distorted signal. AH is a masterful design!

I’ve never actually used one, only heard demos and reviews - very eager to try it though. Thanks for the explanation!

One of the best things about the AH is the way the filter and EQ work so well together. When I first saw the heat I though “that EQ looks shit” but it sounds beautiful, especially in conjunction with the filter. The filter is in a whole league of its own though. It has so much character and is so versatile (it’s not just seven different filters, it’s an EQ, a compressor/limiter, an overdrive and an amazing stereo effect). Yep, the resonance is a bit present early on, but I’ve not had any trouble because of that, if anything that’s a big part of where it’s character comes from. It is by far the most versatile analogue filter I’ve ever used.
The only reason I would see to release a mk3 would be if they wanted to add another filter or the ability to use more than one circuit at a time.

or place an order on the elektron site directly…

Agree, it’s amazing. I don’t need any other hardware, working from the box direct into AH master bus. I use it for stem mixing a bus mix too. Wanna see a new version AH3 multiple channels of saturation.

Actually the only thing that that i miss is a more extreme distortion, something like a gated fuzz/waveshaper; sometimes I want to destroy the signal completely and in those moments AH comes off short

Ive hardly ever seen a MK3 of any musical equipment.

Ive hardly ever seen a MK3 of any musical equipment.

Bounce out and reprocess -

Actually I would be happy if they dropped half of the distiortion types and just left 4, and then let you assign same distortion to both stereo pair.

Ofc but it’s not the same, practically speaking; i mostly need it for jamming

I sold my mk2 bc it wasn’t extreme enough

What are you trying to do with it??